Never before in history has there been such a high incidence of mental and emotional disorders as what we are seeing today. Due to the highly stressful world we http://www.arubatourism.com/health.html live in and consumption of unhealthy foods, more people than ever are taking SSRI and other drugs for depression and anxiety.

This epidemic problem is, in realty, due to severe depletion or deficiency of neurotransmitters (natural brain chemicals). Stress and junk food deplete natural neurotransmitters (Serotonin, Dopamine, Epinephrine, and Norepinephrine).
What most people don’t realize is http://alaskamedicalassistants.org/includes/buy-ventolin-online/ that the highest risk for neurotransmitter depletion is through the taking of psych drugs (anti-depressant/SSRIs). The longer a person is on these drugs, the more depleted the natural neurotransmitters become in the brain. This is why a person who starts these drugs feels better for a time, but then after being on them for awhile, they feel worse than before they started taking the drug. The most severe side effect that is more common than pharmaceutical companies want to admit to, is suicidal tendencies and other violent behavior. It is well documented that most of the mass killings over the last two decades were done by people who were on SSRI drugs.

Besides depression and anxiety, there is also rapid increase in other mental disorders such as ADD/ADHD, Obsessive Compulsive Disorder (OCD), Obsessive Eating Disorder, and panic attacks. For decades, children have been given drugs like Ritalin and Alderol because teachers and parents, who are stressed to the max, are incapable of dealing with hyperactive and unfocused kids in the classroom and at home. The nutrients so desperately needed by the brain are missing from lack of healthy diets and instead “Happy Meals” in the form of trans fats and refined sugars cause further assault to brain cells.

There is now a viable solution to this epidemic problem. Neurotransmitter Therapy is a highly effective natural nutritional therapy researched and developed by Dr. Marty Hinz, M.D., at his NeuroResearch Clinic in Duluth, Minnesota. Dr. Hinz and his team of doctors have discovered how to use amino acid precursors in precise dosages to effectively treat most cases of mental and emotional disorders including depression, anxiety, ADD/ADHD, and OCD (all from Serotonin depletion). Even Dopamine depletion conditions can be treated successfully including Compulsive Eating Disorder, Restless Leg Syndrome, and Parkinson’s Disease.

Their studies have shown that 80% of patients with these mental/emotional conditions can be cured within one month of starting therapy. 100% of patients can be cured within three months. Neurotransmitter Therapy can even be used if a patient decides to stay on their anti-depressant medication. The amino acid therapy will prevent the negative side effects from the drugs by preventing the further depletion of natural neurotransmitters out of the brain. Neurotransmitter Therapy can also be used as a stand-alone therapy for those who choose to stop taking the medication.

The research work of NeuroResearch Clinics was published by the University of Minnesota Medical School and their approach to the treatment of depression was published in a 2009 medical textbook by John Hopkins.

Dr. Ramsey has recently become an affiliate doctor for NeuroResearch and he now represents one of 900 clinics throughout the U.S. to offer Neurotransmitter Therapy.

Dr. Ramsey will offer you a complimentary consultation if you seek a natural solution to any mental or emotional disorder for yourself or your children. For more information, go to: neuroassist.com 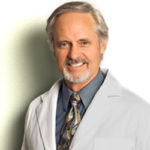